Funk Music was born, nurtured and secured in the African-American communities. Originating in the Southern part of the United States, Funk soon branched out coast to coast and quickly to the rest of the world where it is revered by die hard Lovers of The Funk and Funkateers.

This is part two of a three part series. Don’t forget to read part one to learn more about Erik and his background.

As Disco took over the late 70s, we’re now looking into the 80s and beyond.
Funk never died. Disco couldn’t kill The Funk! No Funk’n Way!

During the 80s, artists continued to pump out all the music they could, while trying to stay current and relevant and keep true to their Funk. But doing this and keeping the bills paid was sometimes an impossible task.

Electronics were now dominating the global music scene with artificial sounds. Synthesizers were starting to take the place of horns, pianos, bass guitars and even drums. They were changing how music was being composted and recorded.

Because of James Brown’s global success throughout the 60s and 70s, R&B artists were now more than ever using many elements of Funk along with these new electronics. But so were Funk artists. Many times, this makes it difficult to tell the two genres apart (especially during the 80s). Nonetheless, these blurred genres were – and still are – absolutely amazing!

Let’s look at a few examples for Musiio’s AI to analyze.

My Analysis:
Here we have Mr. Super Freak himself, Mr. Rick James. Musiio has given us three of its tags with the strongest being . . . that’s right . . . FUNK.

Next up is Afrika Bambaataa with the song, “Planet Rock“. Musiio’s three tags, Electronic, Breakbeat and Hip Hop are almost all equal; capturing the 80s electronic saga which was influencing Rap music and its popularity.

Last but not least, we have Cameo, whose leader (Larry Blackmon) is a multi-instrumentalist, including the drums. Musiio’s AI recognized the electronic aspects and the Funk, noting two new descriptions that we haven’t seen yet: “Elements of”.

Although these songs did not return R&B tags, this can be due to the early 80s time period and how musicians were using elements from Funk, Soul, Disco, R&B AND Early Hip Hop (pre-commercialization) in their music. An alternate theory could be that the AI is picking up on the heavy Funk and/or Electronic influences in the music.

What do you think?

Regardless . . . The Funk Is Strong With These Funk Master Jedi!

GIVE IT UP FOR MUSIIO!!!

Let’s now move forward on Funk’s timeline to see how Funk staked its claim in the Pop music world.

James Brown would (debatably) often say that he discovered Michael Jackson in Gary, Indiana. Michael, having grown up copying JB’s dance moves, routines and overall stage presence, had without fail given James Brown credit for making him who he was.

Prince was similar to Michael Jackson in that he also studied James Brown. So much so, that I often heard stories from his band members of how their interactions with Prince mirrored what I and other James Brown alumni had experienced when playing with JB.

Just think about all the musicians and styles of music Michael Jackson and Prince have influenced throughout their careers . . . Now, where did they get it from?

My Analysis:
We have James Brown‘s, “Living In America”, the song featured in Rocky IV. This song was written for JB, which may explain why the tag results come back as Pop, Rock, 80s Pop, with elements of Classic Rock. However, many of JB’s Funk elements remain true in this song. The horn riffs, bass and guitar lines, and signature vocals (which the AI loves to tag as both Male and Female) take over any genre he performs. Musiio intuitively tagged these instruments along with Percussion.

Let’s look at a live recording of Prince‘s, “America“. Musiio tags this song appropriately with Funk, Gospel, With Elements of Rock. The AI tags the mood of the track at 54% Energetic… If the AI could only see the energy of the musicians and the way Prince is all over that stage, it would come back with an Energetic percentage of at least a 230% . . . Right?!

It comes as no surprise (at least to me) that Musiio has analyzed The King of Pop, Michael Jackson‘s, “Another Part of Me” as 100% Funk with elements of Pop, Contemporary Pop and Electro Pop. More confirmation about JB’s influence… because YOU CAN NEVER ESCAPE THE FUNK!

My Analysis:
One of the ultimate Funk groups that has stayed together for 50 years and stayed true to their West Coast Bay Area Funk is none other than Tower of Power. These guys are, without a doubt, Funk Hall of Famers! The signature drum intro from Mr. David Garibaldi is a great display of the influence that James Brown’s drummers has had on an incomputable number of musicians. Musiio lists Percussion (Drums) and Brass as the main instruments. And YES, TOP’s horn section has always been and will forever be legendary!

Next, Drummer & Producer Adam Dietch heads up this modern Funk group called Lettuce. They are frequently seen on the Jam Band scene (because that scene LOVES The Funk) and they are without a doubt rightful Funk disciples! You can hear the influence of all the Masters of Funk in their performance and musicianship.

Musiio nails it again with a 100% FUNK tagging also listing out Percussion, Brass and Bass Guitar as focal instruments. The AI has picked up on how the guitar and organ emulate a horn section as well as the actual saxophone on this cut. Funky stuff indeed!

Now we get to another of my former employers . . . BOOTSY COLLINS. Since his time with James Brown in 1970-1971, Bootsy has retained his signature bass style and idiosyncrasies, which he developed in the 70s, and his all-too-clever play on words. Even though he has played and recorded many styles of music, Bootsy’s undeniable sound, shape and form are ever-present in everything he lays his fingers on.

This more recent track just happens to feature Stanley Clarke, Victor Wooten, Alissia Benveniste and Manou Gallo. WOW . . . is 20% of how I feel about these musicians. Musiio tags the song as 82% Funk with elements of Electro Pop and Electronic; Powerful and Energetic with a high presence of Male Vocals. Like I said previously, Bootsy’s signatures are undeniable . . . even for artificial intelligence!

This concludes Part 2 of this series, What The Funk Did Musiio Hear? I hope that you have found new and interesting music to listen to while learning a bit of Funk History. I want you all to go out there and Funk like you’ve never Funked before!

Stay tuned for Part 3 in this series. You don’t want to miss it! 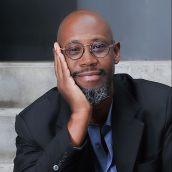 How AI hears the highlights of Glastonbury

What Does AI Think Of “Guitar God” Versions Of Music?

Musiio by SoundCloud: A look back at 2022

Silk Sonic’s album gives us nostalgic feels – but is it 70s soul?

What Does AI Think Of “Guitar God” Versions Of Music?

Part 1: What The Funk Did Musiio Hear?